The final game, for our young players, in the Junior County championship was played on Sunday 8th September with the Home venue at Llanfair PG BC and the Away leg at Woodfield Sports and Social in Staffordshire.
This was an important game for the team in order to maintain their inclusion in their group and they delivered in spades.

At Home, with host WCGBA President, Dave Mathias everyone was treated to some outstanding play from both sides. Our Referee was Evelyn Hastings ( Lancs.) ably assisted by DT Evans and Ian Black from Wales.

The first three in the top half of the draw all started off confidently. Ryan P Williams (Penmaenmawr) ,our Junior Merit winner for this season, led the way with a 21-14 win. At number four, there was a change to the line up with young Jack Dougal stepping in for his first game for Wales at the age of 10. Well down at the start, he showed what he was made of and gradually began to pull back some points. He eventually lost 21-15, but not before he had made a significant contribution to Wales’ eventual score. Jake Hall ( Trefnant) was unlucky to lose 21-20 and Emily Owen (Grove Park) played a great game to win 21-8.

In the last four, Captain and old hand Harry Lawton ( Rhos Park) blazed away to a 21-8 win and Nia Jones (Coed Talon) brought in another success with 21-10.
At the end of the afternoon, proud Selector, Dave Jones, admitted he had a hard choice for Player of the Match, and it eventually went to Ryan P Williams. Harry Lawton was given a special mention and ‘thank you’ for his contribution to the Junior team over the years. We lose him due to age ( terrible thing to be old at 18 ), and he was warmly applauded by everyone present especially his team mates.

At the Away venue Wales had eight winners with Jake Barlow (Garden Village), Jacob Jones ( Esclusham) and Keiron Hallett Esclusham) not allowing their opponents to get a look in. Jake won 21-2, Jacob 21-1 and Keiron 21-5. It was great to see Alex Jones ( Johnstown) playing his first match after appearing as reserve for the start of the season. He came in with a credible 21-13 win. 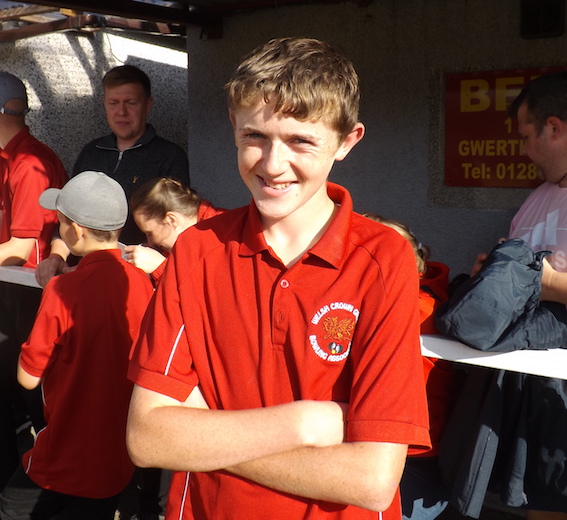 Caerphilly County Borough has been local lockdown since Tuesday 8th September. We have been waiting...

Get ready to celebrate!! The LDIBIS Munro Cup 2021 dates are in!!

BowlsWales would like to clarify the situation regarding indoor bar and restaurant facilities. From...

Supporters and other spectators should be limited at this stage to only those persons who need to at...